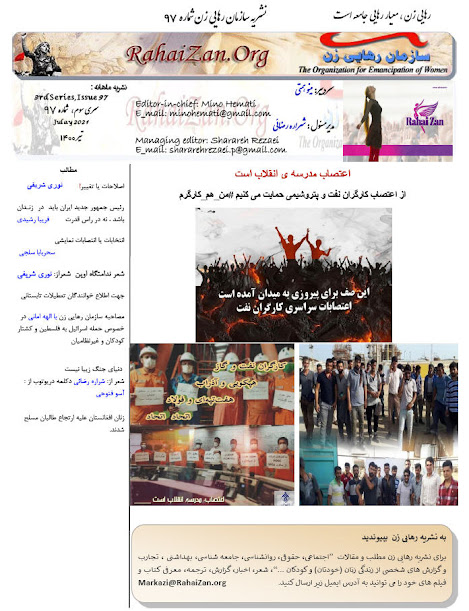 Posted by RahaiZan.Org at 10:48 PM No comments: 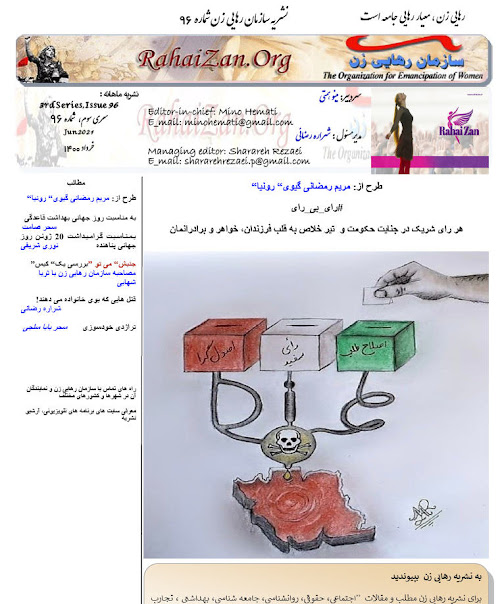 Posted by RahaiZan.Org at 10:06 PM No comments: 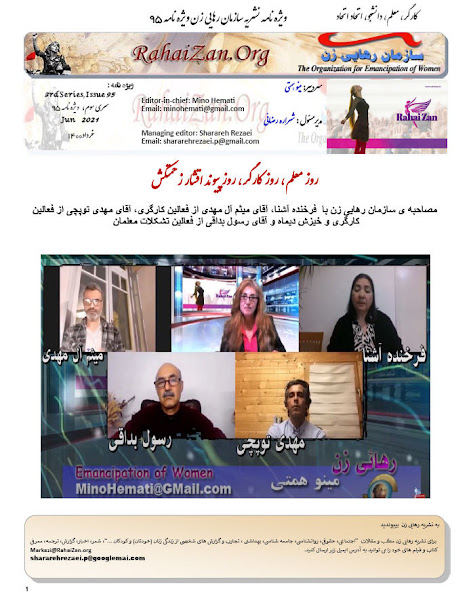 Posted by RahaiZan.Org at 10:07 AM No comments: 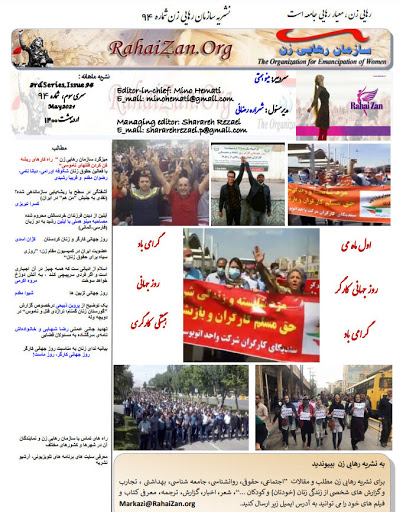 Posted by RahaiZan.Org at 11:22 PM No comments: 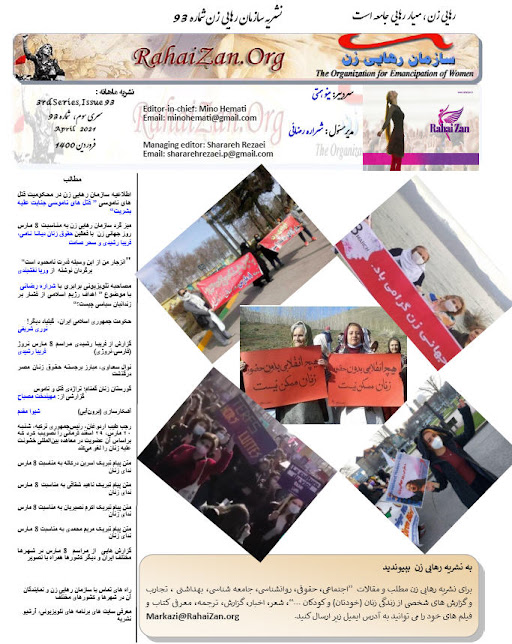 Posted by RahaiZan.Org at 11:23 AM No comments: 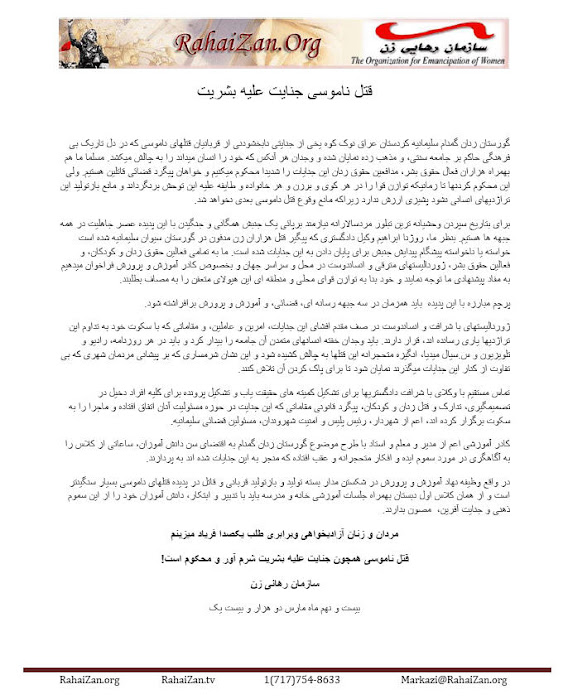 Honor killing is crime against humanity
The Sulaymaniyah Cemetery of the Unknown Women in Iraqi Kurdistan is the tip of the iceberg of an unforgivable crime committed against the victims of honor killings in the dark heart of the uncultured, traditional and religious society, and challenges the conscience of any one who considers himself a human being. Of course, we, along with thousands of human rights activists, strongly condemn these crimes along side of  women's rights defenders and call for the perpetrators to be prosecuted. But these condemnations are worthless as long as they do not restore the balance of power in every dormitory and barracks and every family and tribe against this barbarism and prevent the reoccurrence  of these human tragedies, because they will not prevent the next honor killing.
To throw the most brutal patriarchal act to dustpan of history, we need to set up a mass movement and fight this ignorance phenomenon on all fronts. In our opinion, Rojna Ibrahim, a lawyer who has been involved in the murder of thousands of women buried in the Sivan Sulaymaniyah cemetery, has, willingly or unwillingly, pioneered the emergence of a movement to end these crimes. We call on all women and children's rights activists, and human rights activists, progressive and humanitarian journalists in the country and around the world, and especially the education staff, to heed our proposed provisions and to balance the local and regional forces of this stinking monster. To challenge.
The flag of struggle against this phenomenon must be raised simultaneously on three fronts: media, judiciary, and education.
Honorable and humane journalists are at the forefront of exposing these crimes, the perpetrators, and the officials who have helped perpetuate these tragedies with their silence. The dormant conscience of the civilized people of that society must be awakened, and the petrified motive for these murders must be challenged in every newspaper, radio, television and social media, and this is a sign of shame on the foreheads of the urban people who pass by these crimes indifferently. Appear to try to clear it.
Direct contact with the honorable lawyers of the judiciary to form fact-finding committees and file cases for all those involved in the decision-making, preparation and murder of women and children, prosecution of the officials in which area of responsibility this crime took place and keeping the matter silent , Including the mayor, the police chief and the citizens' security, the judicial officials of Sulaymaniyah.
The teaching staff, including the principal, the teacher, and the professor, will spend hours in the classroom informing about the poisons of the petrified and backward ideas and thoughts that led to these honor killing crimes, by raising the issue of the anonymous women's cemetery according to the age of the students.
In fact, the task of the educational institution in breaking the cycle of production and reproduction of the victim and the killer in the phenomenon of honor killings is much heavier, and from the first grade of elementary school with home and school meeting sessions, students should be protected initiative from these mental toxins (justification behind honor killing).
Men and women of freedom and equality are shouting in unison
Murder of honor is as shameful and condemned as a crime against humanity!
The Organization for Emancipation of Women

Posted by RahaiZan.Org at 8:00 AM No comments: 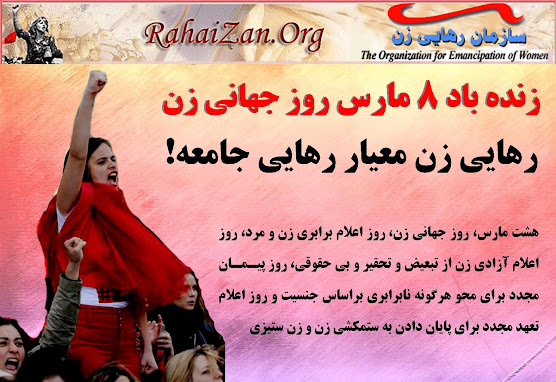 Posted by RahaiZan.Org at 10:29 PM No comments:

Promote Your Page Too